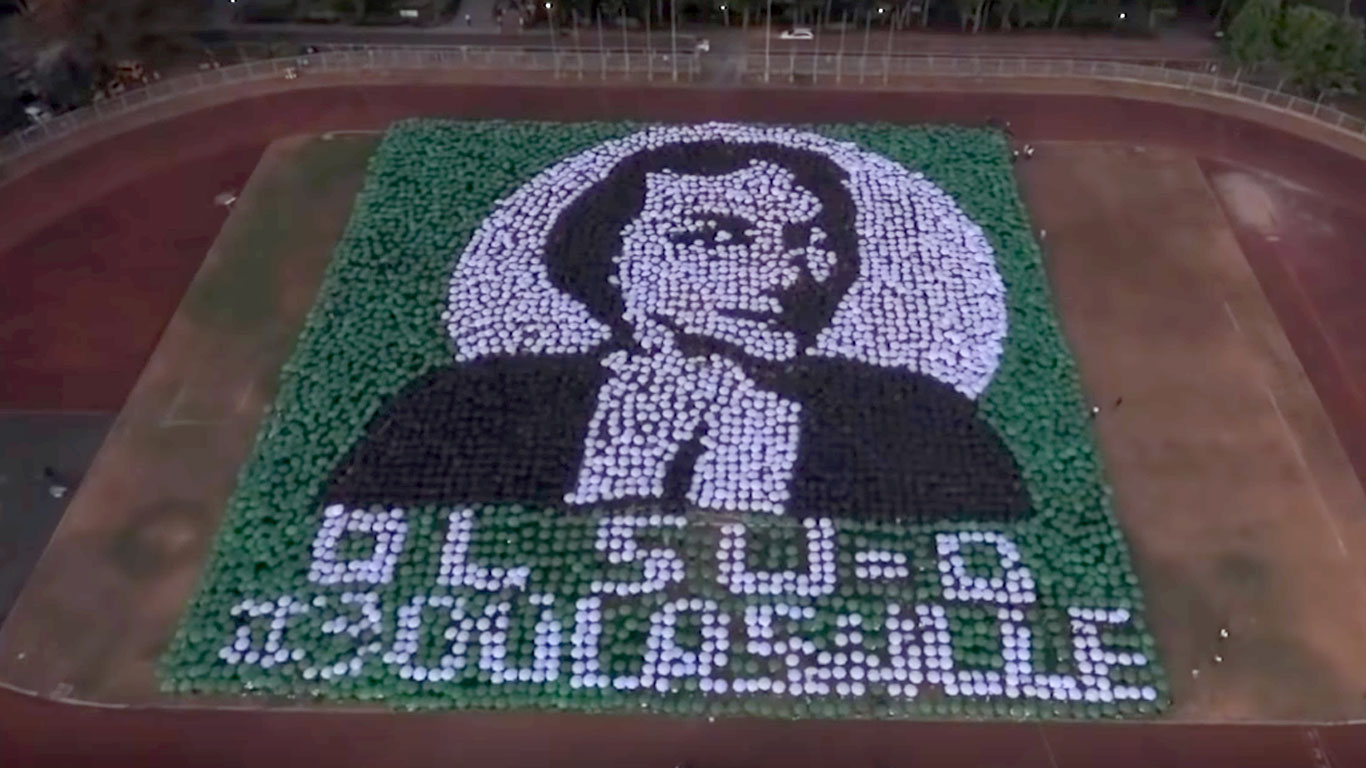 Approximately 6,000 students, employees and stakeholders came together to make history at the Animosaic 2: Humans of St. La Salle event to form the largest umbrella mosaic in the world to celebrate the Lasallian Tercentenary.

Seeking to beat the record set by China after it formed a giant human smiley with 3,099 participants in 2016, Lasallians made their own bid for the record with some 6,000 Lasallians forming the image of St. John Baptist de La Salle, the university name as well as the #300LaSalle which signifies the 300th death anniversary of the Father Founder at DLSU-D Track Oval on April 7, 2019. The event is made more significant as it was celebrated with the Feast Day of St. La Salle.

“At DLSU-D we create possibilities. Animosaic is our way of honoring our founder St. John Baptist De La Salle on his 300th feast day. Indeed today we are La Salle,” Animosaic 2 Project Manager Marco Polo said as he thanked the participants for their support.

According to Polo, the event is not merely an attempt for the record as participants pitched in to donate to the One La Salle Scholarship Endowment Fund. The event is also consistent with Lasallian institutions all around the world making their own human formations of the image of St. John de La Salle as part of the Humans of St. La Salle initiative.

"Most importantly, the activity seeks to explore what it means to be the face of St. La Salle today and, in the process, live out each vocation as a Lasallian," he said.